My name is Motti.

Motti in Israel is a shortening of the biblical name Mordechai.

My family name is Saar, and the meaning in Hebrew is- storm wind.

I was born in Israel in 1962, in the city of Dimona, in the Negev Desert.
As most of the Israelis, I went to the public school system in Israel, for 12 years,
After school, like most of the Israelis, I served in the IDF (Israel Defense Forces) for 4.5 years of mandatory service ( + 23 years in reserve service) in the infantry force, and I graduated as a Major.

When I finished my mandatory service, I started to study, in the Israel school of Tourism in HaifaUniversity, and I graduated in 1990.

Since then, I have worked as a licensed Tour guide, in Israel, for incoming Tourism.

I lead Israeli groups to Europe and the Far East.

I'm married to Nira - an Israeli school teacher and we have 2 daughters. 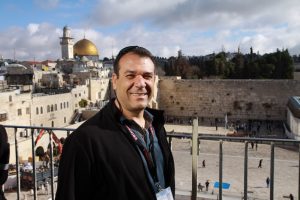 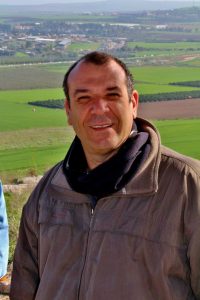 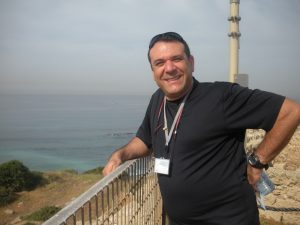